Now more than ever, taking advantage of the National Bowel Cancer Screening Program has never been more important. Bowel cancer claims the lives of over 4,000 Australian each year and ranks second on the biggest cancer killer list.

Early detection of bowel cancer (also known as colorectal cancer) can increase your chances of survival with up to 90% of cases successfully treated when detected early. Most people have little to no symptoms during the early stages of bowel cancer so the best way to detect it is to screen now and screen often.  Bowel screening from 50 years of age every 1-2 years could save your life.

Bowel cancer starts as a benign and non-threatening growth, known as polyps, but over time these polyps can become cancerous and if left undetected it can develop into a tumor and spread beyond the bowel to other vital organs. Below is a list of vital information to help you recognise the disease, take action through treatment and lifestyle changes for prevention.

Bowel cancer can be treated successfully if detected in its early stages. Treatment will differ depending on the individual, the stage of cancer, type of cancer, location, cell type and size.

Surgery is the main form of treatment for bowel cancer in which the section of the bowel affected by cancer is removed and the ends rejoined. Chemotherapy and radiotherapy are often used in addition to surgery.  Your treating doctor will discuss this with you and inform you of the best possible treatment.

Who is at risk?

The risk for bowel cancer increases with age so it is essential that people over 50 begin screening as soon as possible. Other possible risk factors include:

Bowel cancer can be detected with a screening method called faecal occult blood test (FOBT), which involves taking small samples from bowel motions and screening them for blood.

This article was written with support from Bowel Cancer Australia. 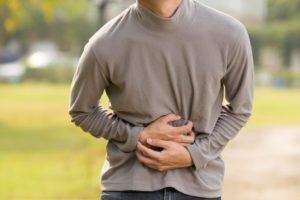